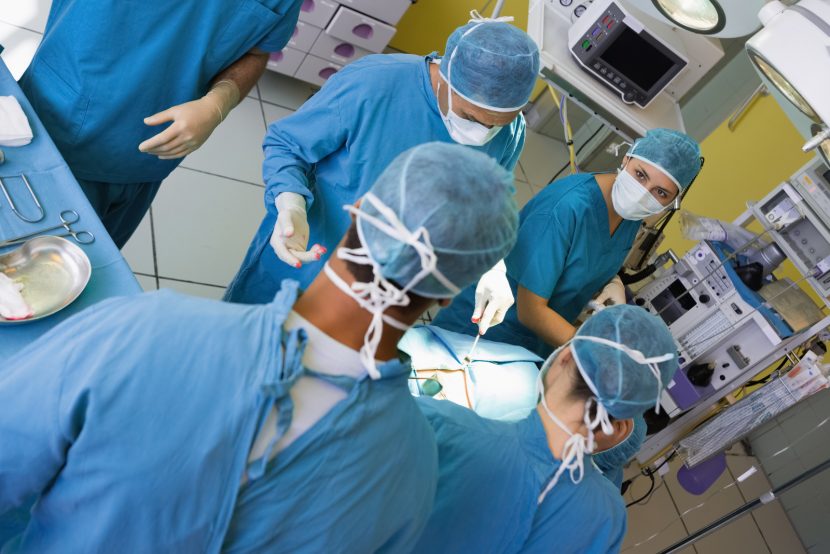 Recent research in the medical journal Spine suggests that patients who have a case review by a team of spinal pain specialists will likely not get a spinal fusion surgery.

Over ten months, they examined patients being considered for spinal fusion or who had a complex history of prior spinal surgery. They discussed the patients’ cases and when they decided on surgery and the type of surgery they chose to see if these were good recommendation.

This is what the research suggested:

In other research doctors examined Pseudarthrosis (the non-union or non-healing of bones) following fusion for degenerative lumbar spine pathologies.

To a doctor who sees many failed back surgery patients, it is not surprising that the researchers said  pseudarthrosis remains a substantial problem. Current data shows that patients who develop a pseudarthrosis have suboptimal outcomes. (Some would call suboptimal, failure, or catastrophic failure of the spinal fusion).

The somber news for patients with a non-healing spinal fusion is that these researchers concluded after an evaluation of the surgical approaches to revision surgery to fix this problem: “All surgical approaches examined for treatment of lumbar pseudarthrosis resulted in only poor to modest improvement in (disability improvement scoring).”2

A news story in the New York Times dated August 3, 2016 had this to say about the effectiveness of spinal fusion surgery:

“(Spinal fusion is an) operation that welds together adjacent vertebrae to relieve back pain from worn-out discs. Unlike most operations, it actually was tested in four clinical trials. The conclusion: Surgery was no better than alternative nonsurgical treatments, like supervised exercise and therapy to help patients deal with their fear of back pain. In both groups, the pain usually diminished or went away.

The studies were completed by the early 2000s and should have been enough to greatly limit or stop the surgery, says Dr. Richard Deyo, professor of evidence-based medicine at the Oregon Health and Sciences University. But that did not happen, according to a recent report. Instead, spinal fusion rates increased — the clinical trials had little effect.”

It is unclear if a decade of clinic trials saying spinal fusion is no better than conservative treatments and one New York Times article will change anything, spinal fusion surgery will still be done. Why? Because the MRI will always show clear evidence of the need for medical intervention.

Not only has it been shown that spinal fusion surgery is an appropriate treatment for many patients, but that it is doing more damage than the original degeneration that sent the patient to the doctor in the first place.

A life of painkillers after surgery

This should be evidence enough. Not only are fusion surgeries inappropriate for many, not only do they cause more distress in some patients, but they get more than half the patients taking painkillers long-term. Worse the painkillers made they further predisposed to MORE SURGERY!

In new research doctors looked at Worker’s Compensation patients who were given Lumbar Fusion Surgery for Degenerative Disc Disease. What they wanted to measure was how much painkiller medication they were on, if any, and what was the effect.

One thousand and two patients participated who had lumbar fusion from 1993-2013.

People on chronic opioid therapy were more likely to

Within 3 years after fusion, the chronic opioid therapy group was supplied with an average of 1083.4 days of opioids and 49.0 opioid prescriptions, 86.2% of which were Schedule II.3

In other research, doctors explored how quickly disc degeneration occurs following a disc herniation and subsequent surgical treatment and whether certain spinal procedures increase the rate of degeneration. Although surgical cause of disc degeneration remained unclear.

Using radiographic scans, they investigated patients who had discectomy, discography, and conservative care who had a first-time diagnosed herniated nucleus pulpous (HNP) and to ascertain whether this risk in these defined groups changes over time.

Here is what they found:

In the same study, the risk of lumbar disc degeneration was shown to increase incrementally over the course of the 8-year follow-up, with all patients showing signs of degeneration at final examination.

Degenerative disc disease after surgery? So what is one to make of this?