Dr. Tortland founded Valley Sports Physicians & Orthopedic Medicine in 1995. He is a 1991 graduate of the University of New England College of Osteopathic Medicine. After completing his internship he did his residency in Osteopathic Manipulative Medicine and general practice at the University of New England. After residency Dr. Tortland did a sports medicine fellowship at SportsCare/The Toledo Hospital, in Toledo, Ohio. A native of Stamford, CT, he received his undergraduate degree from the University of Connecticut in 1981. He also received a master’s degree in Marriage & Family Therapy from UConn, and prior to embarking on his medical career Dr. Tortland maintained a private practice in marriage and family therapy while teaching at UConn. He is board certified in Sports Medicine, Family Practice, and Osteopathic Manipulative Medicine. 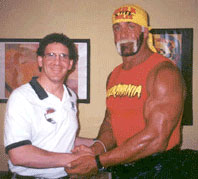 He is a team physician for the University of Hartford, United States Figure Skating Association, World Wrestling Entertainment and Bloomfield High School He has served as a volunteer physician for the U.S. Olympic Committee, and he was the Head Team Physician for the New England Blizzard of the former women’s professional American Basketball League.

Dr. Tortland is in frequent demand as a speaker on the local, regional, national and international level. He lectures and teaches extensively on topics ranging from sports medicine to chronic neck and back pain.