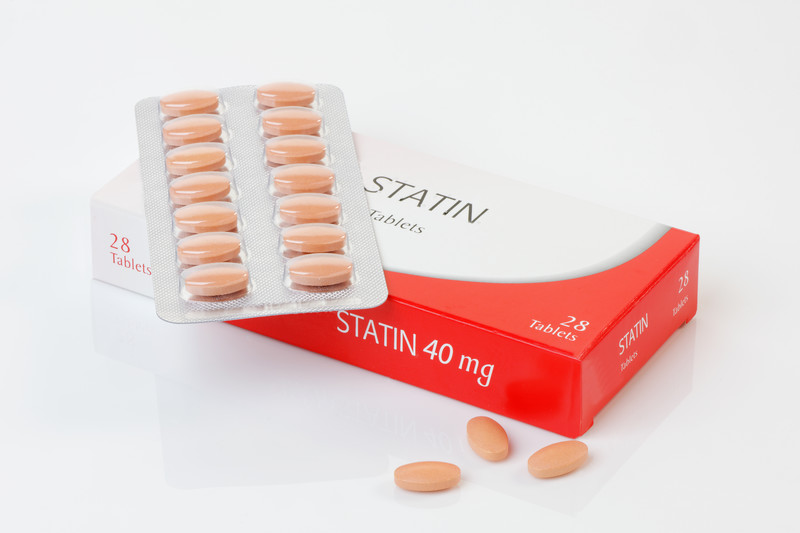 High cholesterol, and its treatment with statins, has been a hallmark of cardiovascular disease management for decades. Many people worry about their cholesterol because they feel they have to, based on drug companies and the media bombarding us with the impression there is a one to one linkage between elevated blood fats and arteriosclerosis.

The benefits, side-effects, and even the worthiness of taking statins have been under constant attack in recent years. One of the side-effects reports, statins negative influence on soft tissue, namely tendons and ligaments, will be the focus of this article.

In their experimental study, the researchers designed a plan to evaluate and compare the biomechanical and histopathological (tissue damaging) effects of the three most commonly prescribed statins (simvastatin, atorvastatin and rosuvastatin) on the Achilles tendon in rats.

Statins were given to the rats at daily doses of 20 and 40 mg/kg for 3 weeks. One week later, the Achilles tendons were dissected and their biomechanical properties, including ultimate tensile force, yield force and elastic modulus, were determined.

All the statins caused deterioration of the biomechanical parameters of the Achilles tendon. Histopathological (tissue damage) analysis demonstrated foci of dystrophic calcification (the calcification of dead and dying soft tissue) in the statin-treated groups.

They concluded that all the statins tested are associated with calcific tendinopathy risk of which full awareness is required during everyday medical practice. The benefit? Statin-associated improvement of bone biomechanical properties is a favourable feature which may add to their beneficial effects in atherosclerotic cardiovascular disease, especially in the elderly.1

So if you are elderly, statins may have a beneficial effect on your heart disease, but at the cost of destroying tendons. Certainly there must be a non-pharmaceutical way.

University hospital researchers in Brazil writing in the Canadian journal of physiology and pharmacology also discuss the alarming number of cases of tendon injuries associated with statin therapy reported over the past few years.

In this study, this study the researchers assessed whether statins can affect the extracellular matrix (ECM) of the deep digital flexor tendon (finger tendons in humans) and the patellar tendon.

Findings: Both the statins provoked marked changes in both tendons. All these changes may make the tendons more prone to microdamage and ruptures. Therefore, a better understanding of the behavior of the tendon ECM components under statin therapy may provide important insights into the mechanisms behind statin-induced tendon injuries.

The research appearing in the on-line medical journal PLOS examined the theory that Simvastatin and atorvastatin may have different potential for negative effects on tendons. Atorvastatin has been pointed out as one of the most harmful statins for tendon tissue while simvastatin has appeared with mixed findings.

The researchers concluded that normal statin treatment of just seven days  had such a detrimental effect upon tendon tissue indicates that also long term adaptations may occur. The more you take the statins, the worse the tendon damage.3